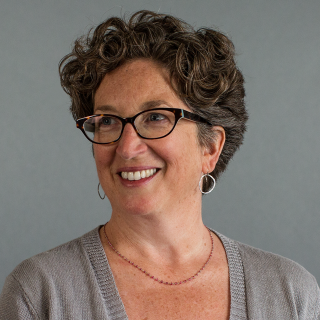 Our firm has worked on a number of historic hotel projects over the years, including landmark hotels such as San Francisco’s InterContinental Mark Hopkins and San Diego’s Hotel del Coronado. More recently, we have worked on converting various other buildings to hospitality uses. These provide opportunities to create wonderful, unique guest experiences but require a shift from the traditional hotel development mindset.

Traditional hotel developers have a pro forma based on standard room configurations and want to squeeze as much program as possible onto a site. Developers and architects who work with historic sites may have a target number of rooms, but exercise more flexibility in how they meet their pro forma. Many historic properties are owned by small corporations or families, who are not hampered by the pressure of quarterly returns as much as large public corporations are. Some operators, such as Kimpton Hotels and Joie de Vivre, have been drawn to unique and historic properties because they are smaller and more nimble than larger hospitality corporations. Many large chains have historic properties but are not inclined to convert nonhotel projects into hotels because they fall outside of their formula. Sometimes a developer will convert a historic building into public spaces and then build a more typical tower adjacent for the guest rooms. The successful conversion of Boston’s historic Charles Street Jail into the Liberty Hotel is one example. Inn at the Presidio

Why do certain hospitality developers take on difficult preservation challenges? Greenfield sites in popular urban areas are hard to find. What remains are often properties that might not seem like obvious choices. After working on a number of these projects, I would say that these clients share with us a belief that place should influence pro forma. Every responsible developer has an idea of how many rooms and amenities are required to make a target return. However, the value of a unique place may influence or modify the pro forma. Travelers’ desire to experience something different means that they may pay a premium for the unique experience or be happy to stay in a slightly unusual room. This can be seen in our work at Cavallo Point, Inn at the Presidio, Aetna Springs Resort near Napa (which is currently under construction), and the future Kimpton Hotel in downtown Pasadena.

Changing an existing property into a hotel with modern creature comforts requires a lot of planning. At Cavallo Point, a former army post on the north side of the Golden Gate Bridge, site circulation played a big part in determining the best location for reception. The original location we proposed for reception was the old hospital. It had high ceilings and beautiful spaces that would have been very welcoming to arriving guests. But we would have been bringing people all the way through the site and then they would have to double back to their rooms. Eventually we ended up with reception near the center of the site. The building we selected, one of the historic barracks, could easily combine reception and other public uses.

Most of the guest rooms were slated to be in the original officer homes, but the layouts of the houses couldn’t meet the pro forma without compromising the historic integrity. Not compromising the historic integrity was critical, because Cavallo was relying on federal historic tax credits. (Read more about tax credits here) We used the existing plan in the officers’ houses as the framework for the new layouts. The spaces feel very comfortable and attractive because they retain so much of the historic fabric—the walls, trim, tin ceilings, and wood floors—that hold the past within and excite our imaginations. This resulted in larger rooms or suites in the historic houses than in the original pro forma, but the balance of single rooms was easily accommodated in the handsome new buildings designed by our colleagues at LMS Architects. These buildings were located on the sites of several unattractive residences from the 1960s that were slated for demolition.

Aetna Springs Resorts in Napa’s Pope Valley was built as a hot springs resort in the 1880s with a mix of tents, cabins, and a small hotel. Most recently, it had been used as a Moonie retreat! As with Cavallo, a few key planning issues drove the design process. The conditional use permit for the site limits the number of people who can occupy it. After figuring out what we could fit into the historic cabins and hotel without compromising their integrity, we needed to put 17 additional rooms on the site. The original residence, which had burned in the early 20th century, had a pad that could accommodate those spaces while respecting the original site plan. We also determined that the 100-year floodplain threatened one of the neighborhoods, so we relocated that cluster to the top of the bank. As you can see, the planning and the room count analysis take place simultaneously on historic hotel projects.

It takes a certain skill to create historically sensitive public spaces and guest rooms that meet the demands of 21st-century travelers, as well as contemporary building codes, in structures that were not intended to house them. The key is for both the client and the architect to understand the original intent of the plan. If you listen to what the building tells you, you’ll get better spaces that will command higher prices and will have a higher occupancy rate. The Inn at the Presidio, originally built as bachelor officers’ quarters, is a good example. The building was constructed in three separate sections divided by firewalls, because an earlier structure on the site was destroyed by fire. Each section has a central stair with rooms on either side of the stair, and only one exit, while the current building code requires two. Of course, one solution could have been to cut through all the rooms and create a connecting hallway providing access to multiple stairs. But that would have significantly damaged the historic floor plan. Instead, we met the safety requirements for secondary exits with special folding fire escape ladders that look like downspouts. Mounted on the exterior at the back of the building, they have minimal impact on the façade and retain the historic plan. Inn at the Presidio floor plan

The nature of the development team and the team’s sensitivity to site are an important part of the equation. In the case of the Inn at the Presidio, it was the Presidio Trust, a nonprofit organization, which wanted to develop the property as part of its mission. The Presidio Trust’s primary goal was not profit. However, the profitability of the inn enabled the conversion of a nearby historic home into four additional units. Currently, we are working with the Presidio Trust to develop Building 105, a former barracks structure on the main parade ground, into a 35- to 38-room family-friendly hotel.

At Cavallo Point, one member of the development team, Passport Resorts, had a strong track record with small, environmentally sensitive hotels that emphasized place, including the renowned Post Ranch Inn. Another development partner, Equity Community Builders, had extensive experience with historic buildings in the Presidio.

At the former Pasadena YWCA, where the situation more closely resembles Boston’s Liberty Hotel example, the developer, Kimpton, has the backing to take on a project of this scale in an urban core. A careful analysis of original spaces in the historic Julia Morgan–designed Y suggested that they would work best as the public and gathering spaces, with little modification to the building. The guest rooms in the Y will be modified to create a dozen rooms, while a new building will house most of the new 180 guest rooms. Given Pasadena’s sensitive civic center, this new building will be in keeping with the massing and proportions on Morgan’s design.

We see the desire to stay in unusual historic properties as part of a cultural shift from homogeneity towards authenticity. People are seeking the deep connections that can be made where there is a strong sense of place. This is one of the reasons the preservation movement continues to grow (as David Wessel discusses in this post). Adaptively reusing historic buildings for hotels gives us an opportunity to extend our historic heritage into the future with a viable economic use. To do this successfully, it is critical that we look with patience at what the original architect or builder intended and at the stories from the building’s past. Really, it’s like listening to a building. Thankfully, many of our local resources are flexible enough to hold the future.