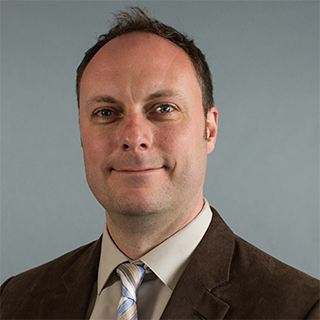 ARG’s Portland office recently relocated to the Morgan Building at 720 SW Washington Street in downtown Portland. We recently had the chance to sit down with our new home to get to know it a bit …

ARG: Tell us, what’s the Morgan Building all about?

Morgan Building: Well, I’m an eight-story, steel-frame building that was constructed in 1913 and added to the National Register of Historic Places in 1996. I’m a Classically styled office building with base and capital clad in cream-colored terra-cotta, and a shaft of red tapestry brick with white terra-cotta accents.

ARG: 103 years young! Well you look fantastic. You must get compliments all the time on your brick and terra cotta.

MB: All the time. And don’t forget my overhanging cornice complete with exquisite modillions and rosettes. ARG: Perish the thought…not to mention all the tasteful ornamentation – palmettes, egg and dart, bead and reel, acanthus leaves, shells, Neptune’s forks, and even dolphins. ARG: So why are you called the Morgan Building?

MB: I was developed by the Morgan-Bushong Investment Company, which occupied an office at the southeast corner of my top floor. The company was led by William Morgan, a real estate developer credited with constructing Portland’s first apartment building in 1904. Morgan went on to develop over 40 apartment buildings, as well as multiple office complexes.

ARG: Very interesting. So were you developed mainly as an office building?

MB: Yes, most of my upper floors were initially occupied by medical offices – approximately 370 separate units! But my double-height ground floor has always hosted a variety of commercial tenants. My original commercial tenants included a cigar store, a haberdashery, a shoe store, a pen store, a railway ticket office, and two jewelers. Later on came Jolly Joan, a large restaurant and sandwich shop with a very prominent neon sign. Jolly Joan was open around the clock and called me home from 1935 into the mid-1960s.

ARG: Sounds like you were pretty happening from the get-go.

MB: When I was constructed, Washington Street was lined with shops, while Broadway was filled with theaters. Both streets had heavy streetcar traffic. So I guess I’ve always been right in the middle of it all.

MB: In 1966, following Jolly Joan’s closure, I underwent a $2 million renovation led by architects Edmundson, Kochendoefer, Kennedy and Travers. This renovation included remodeling my upper floor offices to make them more amenable for use by legal, real estate and accounting tenants. But the renovation also included converting the former Jolly Joan’s space and adjoining areas to Morgan’s Alley, an internal arcade lined with stores that passes through my ground floor from Broadway to Park.

ARG: Interesting. So Morgan’s alley is very much a later addition to the building. ARG: Now I don’t want to embarrass you, but I just had to get your impression of this rather over-the-top excerpt from a October 5, 1913 Oregonian article announcing your completion:

“Use it freely, but not carefully. It is safe, solid, substantial and will stand a lot of wear and tear, use and abuse. It cost nearly $600,000 and appears to be worth the money.

“In designing it and creating it, its owners and builders have had no thought other than to satisfy not only your needs, but your wants, aye, even your whims as well.”

What was that all about?

MB: Yes, that was rather beyond the call of journalistic duty. Not to mention a source of significant confusion. Armed with the Oregonian’s exhortation, many an early visitor dropped by expecting something a bit more unconventional than ground floor shops with offices above.

ARG: I could only imagine. Well, thanks for taking the time to chat – it’s been most illuminating.